You get back, energized from the conversation over a great meal, only to find a glob of food stuck between your teeth. When you’re finished being mortified, the questions set in: did they notice? why didn’t anyone say something? 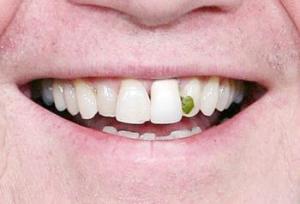 It might be tempting to question the character of the people involved, or the quality of those relationships. After all, a good person would discreetly call your attention to your teeth, so you could take action and avoid embarrassment. Instead, were they laughing inside the whole time? Or thinking of telling you but finding it too awkward?

Take a step back and invert those questions. Did you give people the impression that you’d be embarrassed? Or that you’d overreact to someone calling it out? Perhaps they didn’t feel it was their place to tell you.

Whether a morsel in your teeth, a crippling character flaw, or a terrible business decision, in every facet of your life peoples’ willingness to point out your mistakes is crucial to your success.

At what point does someone cross the arms-length boundary of formality and feel comfortable revealing the hard truth? 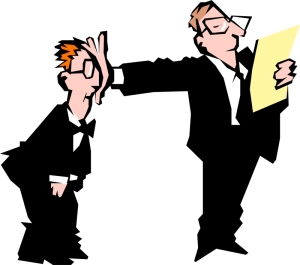 It turns out, having a dangerously long TTH is common among executives and middle managers. As you rise in formal rank, be it in your business or your social circle, you begin to seem “other” and distant. People become wary of offending you or overstepping the bounds of their ranks, particularly to comment on your limitations or mistakes.

This has an isolating “death spiral” effect — the more important you become, the more you become reliant on your longstanding friends to be real with you. And as you rely on these confidants more, you perceive new acquaintances to have their guards up, and they perceive the same from you.

It’s hard to imagine that you’re complicit in your own blindness to faults; after all, it’s being imposed by others restraining their feedback. You might indulge in rationalizing your own behavior and shifting blame.

But ultimately, the fault is your own. As you get older, more important, and more set in your ways, you need to proactively counter this effect every day by leaning in and making yourself easier to approach with bad news. 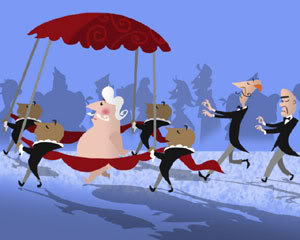 The lean-in is a subtle habit worth practicing in every conversation. Sometimes it’s making a joke about yourself to demonstrate that you don’t take yourself too seriously. Or showing a chink in your armor, allowing others to see you as sometimes weaker than you’d like them to know; for example by acknowledging a difficulty, lack of skill, or missing knowledge. Anything to show that as your own world’s emperor, you don’t mind being told the new clothes are missing altogether.

Counterintuitive, perhaps. It’s the exact opposite of the impression management we’ve learned to maintain for every public action. But others will only admit your imperfections when they can see that you already know yourself to be imperfect.

Pride may cometh before the fall, but that’s a spurious relationship. It’s really perceived pride that leads to fault-blindness. The only way to limit that perception is to systematically test it and break it down through actions.

So the next time you feel a seed stuck in your teeth, don’t be so quick to pick it out. Count your TTH, and check your posture. You might need to lean in a bit.

4 thoughts on “Time to honesty”